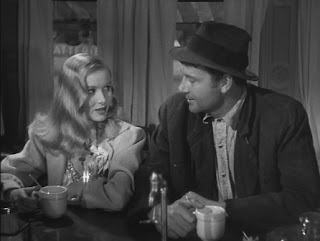 I’ve been working on two romantic comedies with two different students. One’s about a 25-year-old guy having a quarter-life crisis and the other is about a 50-year-old man having a mid-life crisis. The two stories have different plots, but the two characters have an amazing amount of the same problems. Both have mortality issues, both struggle to overcome a feeling of powerlessness and to gain control of their lives. The plots both concern work, women and low self-esteem.

The good news is that in the end they both overcome their problems. The bad news is that just because you solve them at 25, you will probably have a whole new set at 50.

The journey for both characters at these critical moments in their lives is to realize what they can and cannot control, and accept responsibility. This concern over control is certainly a theme in all of our lives. We can control what we order at Starbucks, but not who is running our country. The trade-off seems to be that we either bemoan the lack of control in politics or embrace our freedom in coffee. Are we being given an unfair trade?

The decision to focus on the coffee or to change the country is a metaphor for what all of us must take stock of and decide. Ask yourself, what do I really have control over? Then ask yourself what your main character believes they have control over? How are the two of you alike and different? What could the old expression, “Wake up and smell the coffee,” possibly mean today.”

In Star War, Luke feels powerless at the beginning of the movie. But at the end, he is able to destroy the Death Star. In the same episode, Han Solo feels no commitment to anything but money, until the very end, when he finally risks his own life to defeat the Empire.