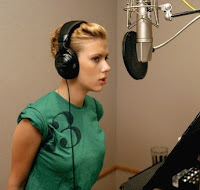 This month’s issue of GQ includes an interview with Scarlett Johansson. She recently completed her second album as a singer (a series of duets with Pete Yorn). It made me think about other actors with hidden talents: Harrison Ford is a master carpenter, Paul Newman raced cars and Ashton Kutcher, um, Twitters.

As an exercise, think of a hidden talent for the villain in your story. Maybe it’s the reason they do what they do, something that humanizes them in the mind of the reader, or just something that will come into play later in your script.

Even if you don’t end up using it in your final draft, it can reveal interesting details about a character that is too often one-dimensional.