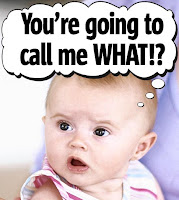 I was going to write this up a few weeks ago but figured it was more appropriate for today.

Last month I was working on a script with a private student who mentioned he was having a tough time coming up with a plausible Irish name for one of his characters. I mentioned it to Chris, whose father is from Ireland, and he said:

“The easiest thing to do is look at the vowels in your own last name. If you have an O, just move it to the front and leave the rest alone. For example, if Moloney wasn’t already Irish, it could be O’Molney, and you would be O’Horwitz.”

He was clearly having a little fun, but it was an interesting solution to the problem.

A few days later, I stumbled upon a website that took Chris’ idea even further, creating names for people of all backgrounds, and even letting you cross-pollinate with other cultures.

As an exercise:
Choose a character in your story whose name doesn’t quite work. Consider what type of person they are (personality, occupation, etc.) and what their background is. How does this influence them?

Now, CLICK HERE and choose a name. for them. If the first suggestion isn’t quite right, keep clicking.