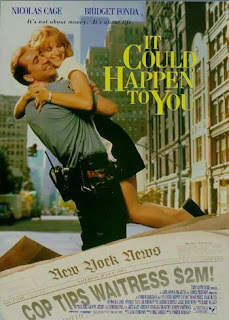 History can also be a fascinating source of material. When Trumpets Fade, which tells the story of a battle in the Black Forest during WWII, was based on a box of books the writer found in the home of a military-history buff. If you have a great story that really happened, I personally recommend that you choose it for your first effort. After all, think how many times you have seen the words ‘based on a true story’ before a big Hollywood movie.

Other sources for ideas are everywhere. Just open up a newspaper or magazine for inspiration. Mark Twain remarked, ‘Truth is stranger than fiction,’ and he was right. It Could Happen to You was based on two real-life people who won the lottery.
The Devil Wears Prada is the case of a writer who used her experiences working for Vogue, changed many details, but kept the essence of her experiences. If you decide to do this, you will lose the ability to say your script is based on a true story, but you can still honestly say it’s been inspired by true events.