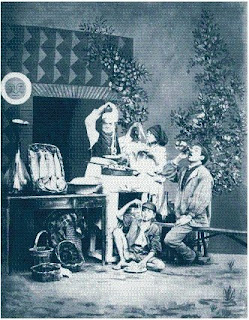 If you are not sure of what you want to write about, finding the right story is your most urgent task. There are many ways to find a story, but the first step is to check in with yourself and see what kind of films you actually watch, because what you enjoy is probably what you should write. Watch some films that you love, films that not only inspire you – “I wish I could write a film like that!” – but also films that make you think, “I could do better than that!”

Genre, a French word from the 1770s, originally meant “sort, style, type,” and later came to America in the 1920s as “having popular appeal.” It’s the style of the story and the way a story is told that defines what we think of as “genre films.” While most screenplays have elements of different genres, usually the script is more or less a thriller, a romantic comedy, or a horror movie, etc. There are sub-genres that can help you further define your script, such as “dramedy” (a drama with jokes) and “black comedy” (a comedy about a dark subject). Comparing your story with existing films helps to focus your thinking.

Even though you are creating a new and original script, it’s important to identify where your screenplay might eventually find a home; that is, who will buy it. I always consider both my audience as well as myself when designing a story. If you want to assess the potential commercial viability of your idea, visit IMDB to find out more about similar films’ history and commercial success.