The film really draws the viewer in. You totally buy the boy scout who wants to do the right thing and experience the same disbelief as the other members of the cast as the layers of the onion unfold. There’s also an effective use of voice over which lets us in on his inner thoughts, rather than using exposition, which allows us to totally connect with the main character. Good film making, though the movie doesn’t really let us know what Mark’s normal, on-going relationship with his parents is. Does he call them regularly? This matters very much as we are trying to understand how he got this way.

You can read more about the film (and its Venice premiere) at Variety. The review raises a number of interesting questions, including Why Do People Lie?

1. Ask yourself what you lie about (do you even know?), and then ask yourself what your main character lies about. Completing this exercise can help you find the plot twist you were seeking. (FYI: I write a monthly Script Tip for MovieOutline.com. I will go into greater detail about this in my next column. Look for it in a few weeks.)

2. The main character’s name in the film is Mark, his nickname is Corky. Nicknames can give us insight into our characters. Did you have a nickname? If so, what is it and how did you get it? Then ask yourself about your own main character. Does he or she have a nickname and how did they get it? Sometimes writing a practice scene where you have one character tell another about how they got their nickname may give you a memorable scene with real character revelation. 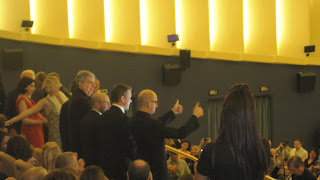