This week, I worked with a new student who wants to write a bio pic of his very exciting life. It’s also been a long life, and part of the challenge was to decide which part of the life was the most exciting.

Over the years I’ve learned that too many details create a glut and the structure of the story becomes unclear.

The way to avoid Information overload whether you are working from a real life or imaginary one, is to apply the 4 Magic Questions of Screenwriting as soon as you start to lay out the story.

By asking the first Magic Question, “What is my main character’s dream?,” you’re forced to focus on a specific part of your character’s life. The answer should contain a goal such as winning a race.

Once the goal is established, it’s easy to figure out what the outcome of the story will be. With my new student, we established  that he was more interested in his professional life than in his personal one. His dream was to win the race which created a conflict with his family.

Once you see where the conflict is, you can know how to build the hard part of the story, which is Act 2. The first part of the second act is a reversal of Act 1. The dream becomes a nightmare, trapping the character in a difficult situation. This goes whether you’re telling your own story or an imaginary one.

In the second part of Act 2, the character must face an impossible choice. For a story to be satisfying, we must connect with a character who must sacrifice something in order to attain the goal they set out to achieve. My student had to choose between winning the race or keeping his family.This sacrifice brought transformation and new knowledge that allowed him to win the race in Act 3. 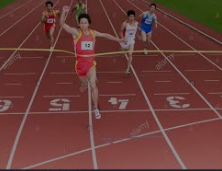 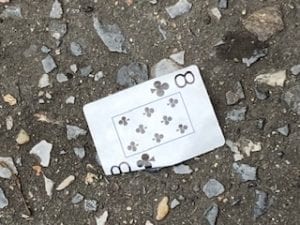 The above photograph was taken outside of a bar. I found it intriguing and plan to use it as my writing prompt for my morning pages tomorrow. What came to mind was a story about a gambler who cheats at cards and runs away. The cards fall from his pocket as he runs, leaving clues. Let me know a story that the photo suggests to you.

I will be on vacation for the next two weeks. The newsletter will resume on August 30th.