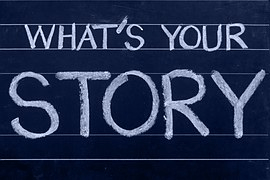 This week 10 people have contacted me for help with different personal stories they want to translate into film treatments. If you go to my Web site, marilynhorowitz.com, and sign up for my newsletter, you will receive an article I wrote about how to write a treatment, with a sample treatment included as my gift. While the online article is sufficient for planning a traditional, 3-to-10-page treatment, there are further considerations for people organizing a story based on real-life events. Here are three things to keep in mind when translating true stories into film treatments.

To recap, when adapting real-life experiences to films, a treatment is an excellent way to explore and discover the structure of the film. Keep in mind these three principles: 1) Focus on only one part of the overall life story. 2) Realize that some poetic license will be necessary. 3) Remember that translation is an art, not a science.