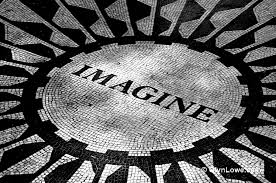 I recently met with a writer for a session this week, and the woman was completely blocked. She had been given an opportunity to pitch an idea for an animated half-hour series to some heavy hitters. The opportunity came about because she had blogged about being a party girl and described an unusual hobby, which I cannot reveal, but it makes the lady who trains hawks look tame.

I looked at her with amazement and said, “This is the chance of a lifetime!”

“I know, I know. But my mind is blank. What should I write about?”

“Don’t they want you to turn your blog into a TV show?”

“They didn’t say anything about my blog.”

“What did they say?”

She shrugged. I was really surprised at her bewildered response. “Maybe your show is about a young woman with a fascinating group of friends who all share this particular hobby and the extent to which it influences their lives. Your blog is full of amazing adventures. Write about what you know.”

She nodded. “Why didn’t I think of that?”

Another writer that I worked with this week had won a consultation with me in a raffle that I participated in at a conference in Los Angeles. A Christian network wanted him to pitch them a talk show based on his book about overcoming a life-threatening illness as a child. He sent me a one-page synopsis for a show about interviewing sports celebrities.

“How many sports celebrities do you know?”

“Have you ever been a sports celebrity?

“Have you been on any talk shows or on the news because of your miraculous recovery?”

“Do you know other people who have overcome similar challenges?”

“So,” I said, “maybe your talk show should be about you interviewing other people who have overcome life-threatening diseases and other similar situations?”

I, too, resisted writing what I know until I began my recent thriller, The Book of Zev. While the book is not in any way autobiographical, I used many elements from my own life. It made the work that much more exhilarating and fun. I thought to myself, “Why didn’t I try this earlier?”

Many of us have the erroneous idea that writing means making something up and working from a completely blank page, like the loading programs in the film The Matrix. This is not a helpful belief, however, as our memories are not stored in orderly files. When we remember something, it’s not like finding an old photo; instead, our minds recreate the memory by re-combining the bits of information it has stored into a new version of the memory. The mind cannot serve up an exact history of an event. That’s part of the reason we write things down and document important experiences with videos and photos. On some level, we know that our memory is never completely accurate.

The trick with writing is to redefine the process not as a pure act of imagination in which we create completely new and original material, but rather to understand it more as a form of creative remembrance—a synthesis of what you know firsthand and what you know vicariously, through images seen in dreams, paintings, and films. Memories of stories you were told or overheard and anything you have thought or imagined, as well as whatever has happened to you. Like the loading program in The Matrix, when we make things up, we are assembling details from many other sources. So when writing characters, there is no need to struggle to invent them from scratch. Simply select someone from your own life that has some of the qualities you need for your story.

For example, one of my students was creating an animated comedy series and was completely stuck because he couldn’t imagine what kind of wife the blue-collar male character should have. When I suggested that he combine several ex-girlfriends—preferably ones he had lived with—the light bulb went on: “I can combine different women into a new character. Why didn’t I think of that?”

To recap, by altering our definition of creating, we can more easily move forward and get our work done.